May 21-23, 2019, the Coalition against Torture in Kyrgyzstan held its Working Meeting of human rights lawyers with international experts Karinna Moskalenko and Oksana Preobrazhenskaya at the Ethno-resort “Supara Chunkurchak”. The Working Meeting aimed to discuss issues regarding current practice in fighting torture at the national and international levels and capacity-building for lawyers in connection with new changes in legislation.

May 23, a group of unknown individuals with video cameras and voice recorders, broke into the conference room, where the Working meeting took place. These people in aggressive form demanded from organizers to stop meeting as it was considered by them as interference of the internal affairs of Kyrgyzstan. These individuals introduced themselves as members of the Youth Patriotic Movement of Kyrgyzstan and according them Western countries and West-funded international organizations want to destabilize peace and security in Kyrgyzstan.

As a result of mitigating the intrusion by international experts by clarifying the goals and objectives of the Working meeting, the so-called ‘patriots’ said that they received unreliable information about the event.

The incident was recorded by the participants. Organizers filled a statement to Alamedin District Department of Internal Affairs regarding disorderly conduct and obstruction of the professional activities of lawyers by unknown persons. It should be noted that earlier at the same ethno-resort “Supara Chunkurchak” a similar provocative attempt to interfere with the training of lawyers was made by this so-called ‘patriotic’ movement.

The Coalition against Torture in Kyrgyzstan believes that the intrusion was coordinated and deliberate action by unidentified individuals to intimidate and pressure civil society. This incident requires a thorough and effective investigation.

We firmly believe that this well-orchestrated and illegal action of vigilante group demonstrates that they are acting in a law enforcement capacity and judiciary.  If this kind of provocation, intimidation and attacks on human rights defender remain unpunished, it will be a signal that human rights activists can be subjected to attacks without any consequences. Otherwise, the impunity of such acts clearly demonstrates inability of the authorities to fulfill their obligations to ensure safe and favorable conditions for human rights defenders. 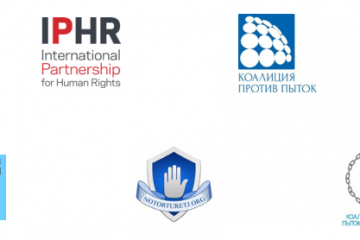 It does not matter who our children are — no one has the right to ill-treat them 26 June, is the United Nations (UN) International Day in Support of Victims of Torture. And on this Read more… 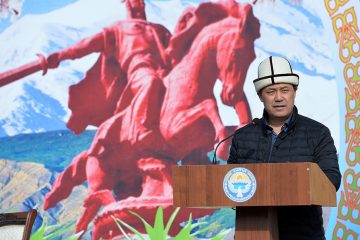 WORSENING CLIMATE FOR FREE SPEECH: SPATE OF THREATS AND ATTACKS AGAINST JOURNALISTS AND ACTIVISTS

This is an update on the protection of the freedoms of expression, association and assembly in Kyrgyzstan from January to April 2021, prepared by International Partnership for Human Rights (IPHR) and the Legal Prosperity Foundation Read more…

This is an update on the protection of the freedoms of expression, association and assembly in Kyrgyzstan from October 2020 to January 2021. International Partnership for Human Rights (IPHR) and the Legal Prosperity Foundation (LPF) Read more…